Together, we are boundless

Where others see obstacles, we look through them, removing perceived barriers and finding opportunities to shape the future. We believe that our future and that of the planet depends on sustainable, interdisciplinary, and collaborative achievements.

We are a design collective focused on creating architecture for public, private and mission-driven organizations. Our approach to transformative design is to push the realm of possibility. We do it without lines between you and us—your problem is ours; without favoring “what ifs” or “must haves”—it’s both; without focusing on yesterday or tomorrow—it’s all relevant.

Our projects, whether they are new construction or renovation, are integrated into their physical, cultural and environmental contexts. As pioneers of the adaptive reuse movement, our unique lens on the past informs the now and the ever after. 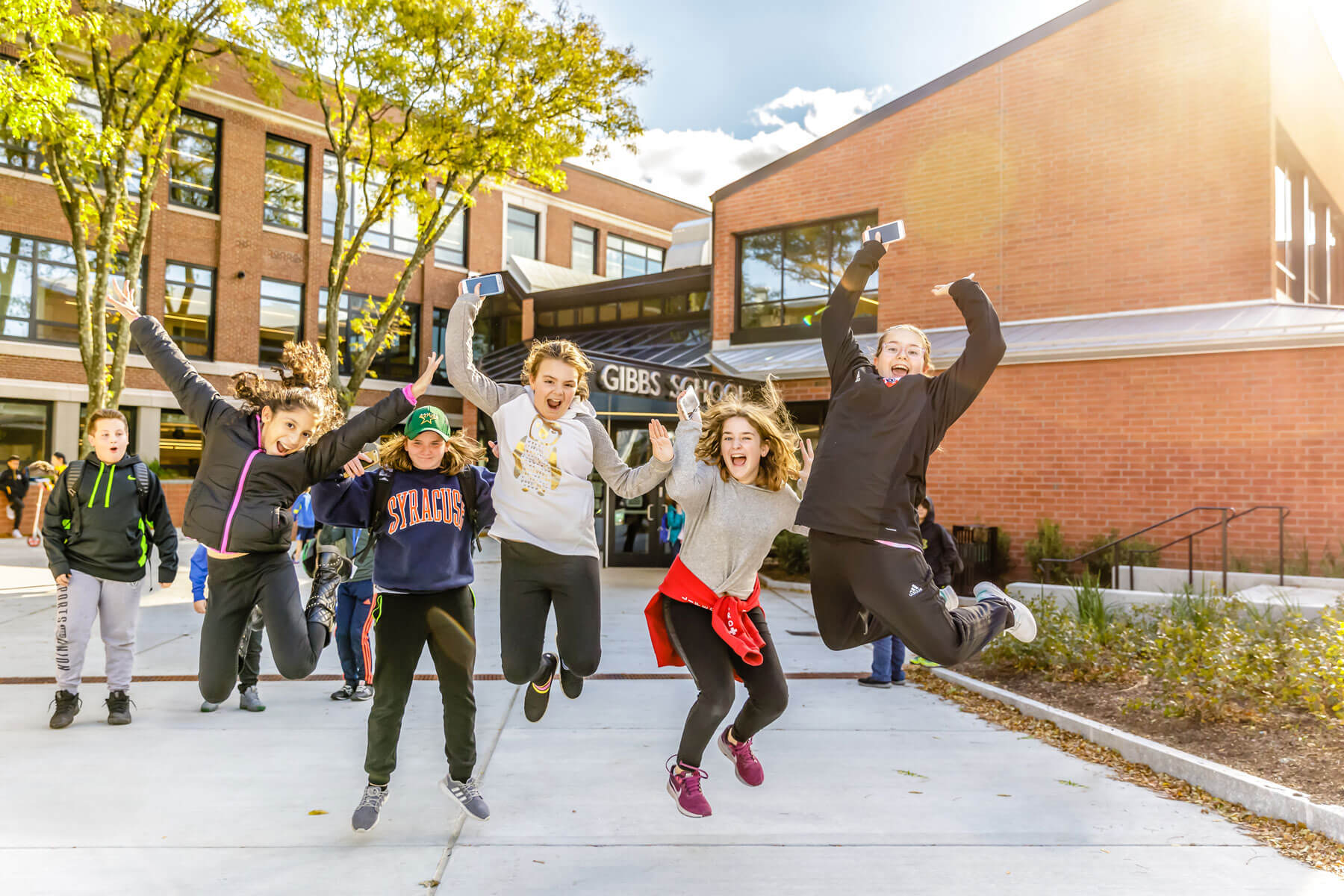 We work to see beyond standards and programs, embracing a holistic sustainable approach. We work to push boundaries and reduce embodied and site energy use, use materials that contribute to our health and well-being, and work to reduce greenhouse gas emissions. While some may see sustainability an exercise in reduction, we see it as a growth plan for the future.

As signatories to the AIA 2030 Commitment, we document, review and seek to continuously improve the energy use intensity of our projects with the goal of all buildings and major renovations achieving carbon neutrality by 2030. Our in-house sustainability team has developed a green specification, with special attention to healthy and low-carbon materials, giving preference to those with third party verified health product declarations.

Finegold Alexander Architects is a Women-Owned Business Enterprise (WBE). While this is one facet of who we are, it’s just one piece – we believe the whole is greater than the sum of its parts. That’s our mantra. In embracing the entirety of each member of our firm we enable every single one of us do their best; creating unity and achieving much more.

Our firm policies related to diversity are benchmarked against Equity by Design (EQxD) standards. Policies designed to enable employees to be their whole selves and move the needle on diversity and inclusion include paid parental leave, a formal mentorship program, paid time off for volunteering, firm teams where staff can pursue their interests within the profession, and participation in a local  program for the placement of summer high school interns – changing the faces of those who enter the design profession.

With no preconceived notions of the end product, we don’t just work to solve the known problems; we seek a deeper understanding of the possibilities. This desire for challenge infuses every aspect of Finegold Alexander’s work: from owning client problems to challenging team members, partners and clients at every turn to, ultimately, designing the seemingly impossible.

Finegold Alexander’s passion has been recognized over the decades with hundreds of awards for design excellence from the Boston Society of Architects, the American Institute of Architects, building, trade and community groups and historic commissions. Our attention to detail and desire for excellence knows no bounds.

Why does Boston look the way it does today? Because we demonstrated that not only new things are architecture – working within existing boundaries we created boundless possibilities...

ORIGIN: Tim Anderson and George Notter were some of the first architects to conceive of a new approach to architecture: adapt rather than demolish. They recognized existing buildings not as constraints, but as opportunities. Early projects such as the Prince Spaghetti factory and the adaptive reuse of Old City Hall in Boston, famously heralded in Architectural Record as “the most promising trend in modern architecture.”

DECADE TWO: The arrival of Jim Alexander and Moe Finegold built upon and expanded the Firm’s point of origin over the next two decades, from Mechanics Hall in Worcester, to forging new ground with designs for public libraries across the Commonwealth.

DECADE THREE: The completion of the Ellis Island Museum of Immigration and the US Holocaust Memorial Museum—in association with other architects—demonstrated the Firm’s enduring commitment to public architecture in service to community. The Radcliffe quadrangle at Harvard University, and 2 Clarendon—the conversion of a shell of a church in the South End into condominiums—continued the firm’s reinvention of yesterday’s landmarks for today’s needs. Tony Hsiao became a Principal and Director of Design and helped to expand the design excellence legacy of the firm.

‍DECADES FOUR + FIVE: Since the 1990’s the current leadership of the Firm arrived. Ellen Anselone, Jeff Garriga, Regan Shields Ives and Rebecca Berry continue to not just bring projects to life, but to take them to their furthest potential.

An increasing focus on sustainability and diversity, while promoting design excellence, characterizes their work. The restoration of Nott Memorial at Union College and the completion of Fall River and Lowell Justice Centers showcases the broad capacity and interests at the heart of the practice. Projects such as the UMass Amherst Old Chapel and the Boston University Dahod Family Alumni Center at the Castle intertwine sustainability, adaptive reuse and preservation. And The Lucas on Shawmut Avenue unabashedly showcases the power of transformative architecture.

AND BEYOND: Today’s leadership is focused on solving the most complex design problems surrounded by a team of colleagues, partners and clients who understand what we are creating impacts and can change the world for the better. As we continue to build on the legacy of our founders, we believe the future knows no bounds.

Tim Anderson and George Notter establish the origins of the firm 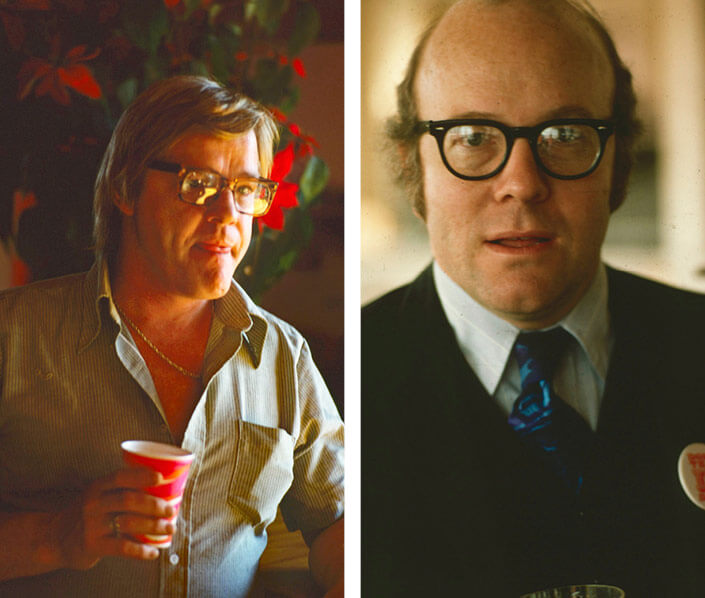 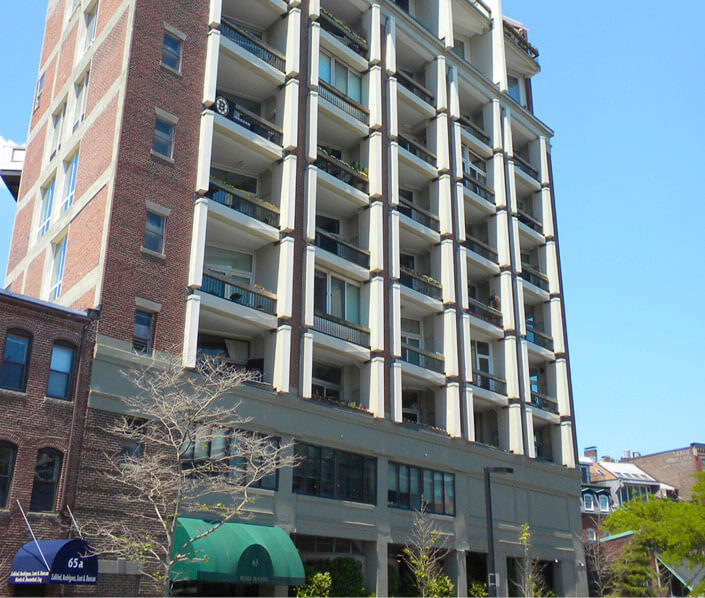 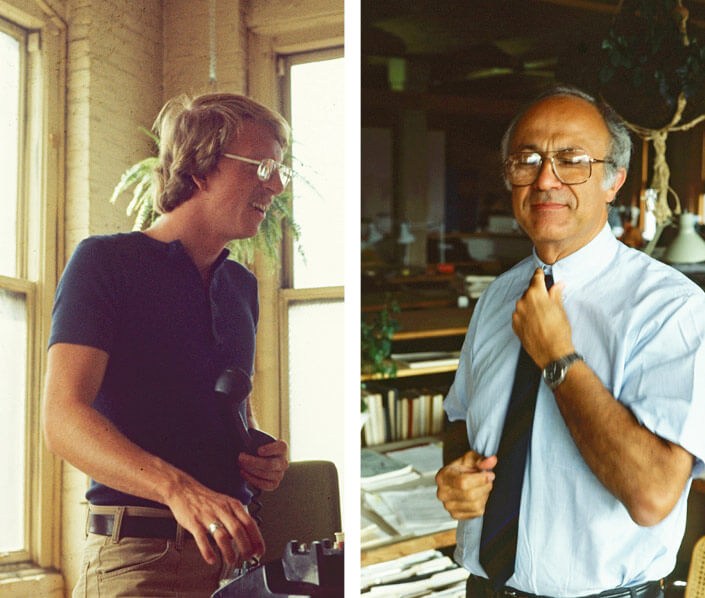 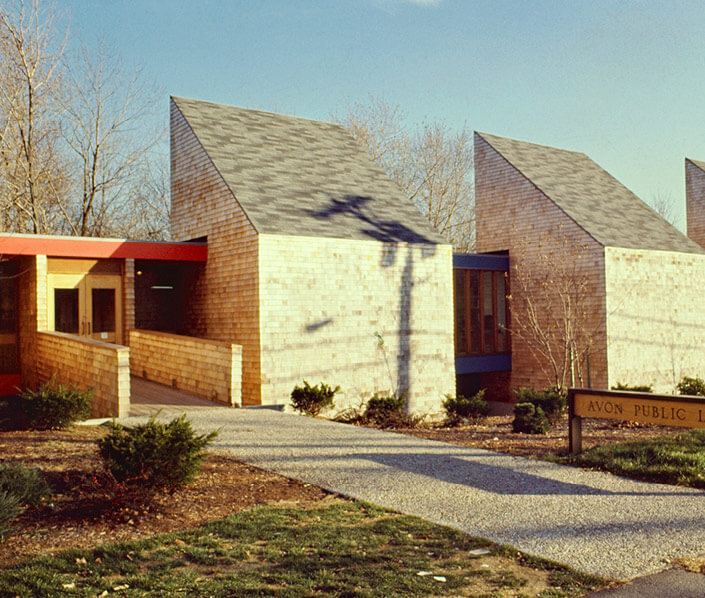 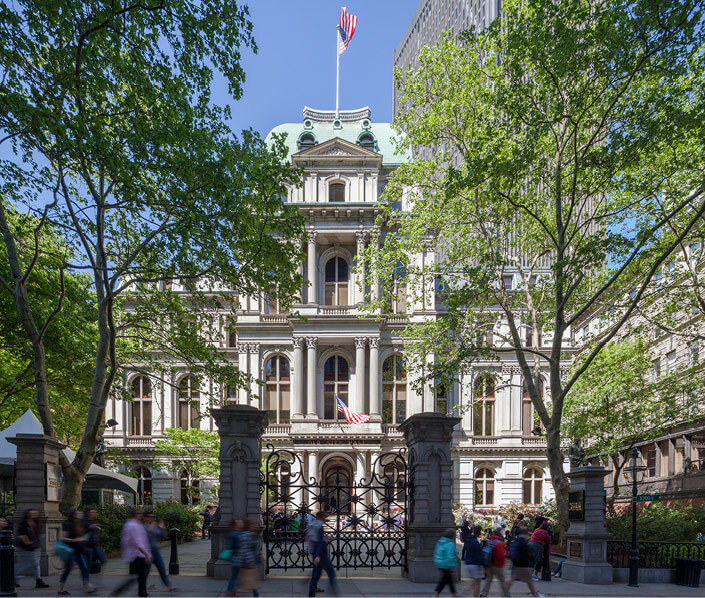 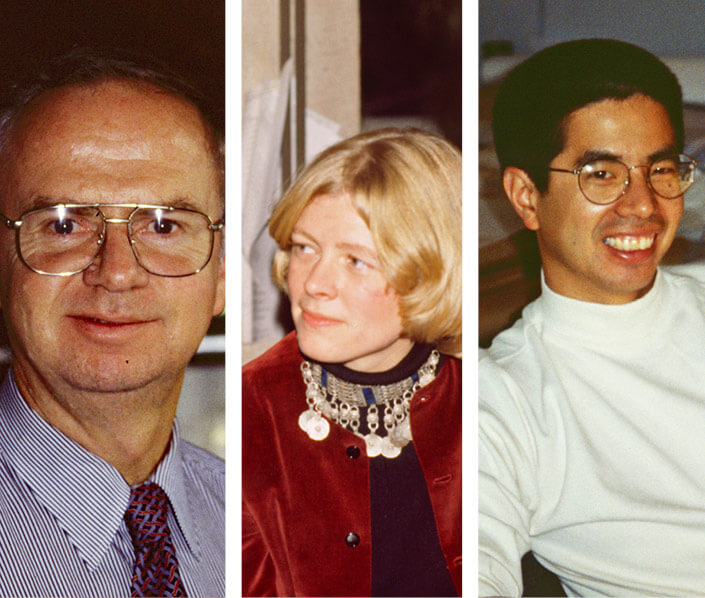 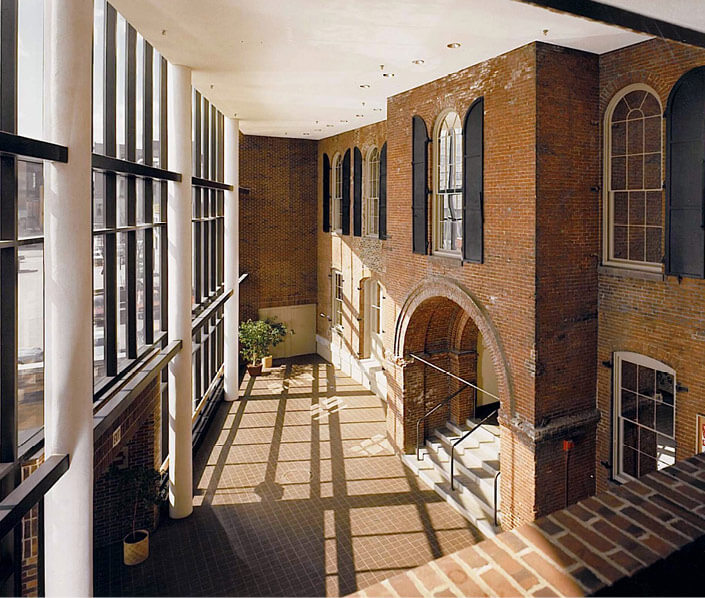 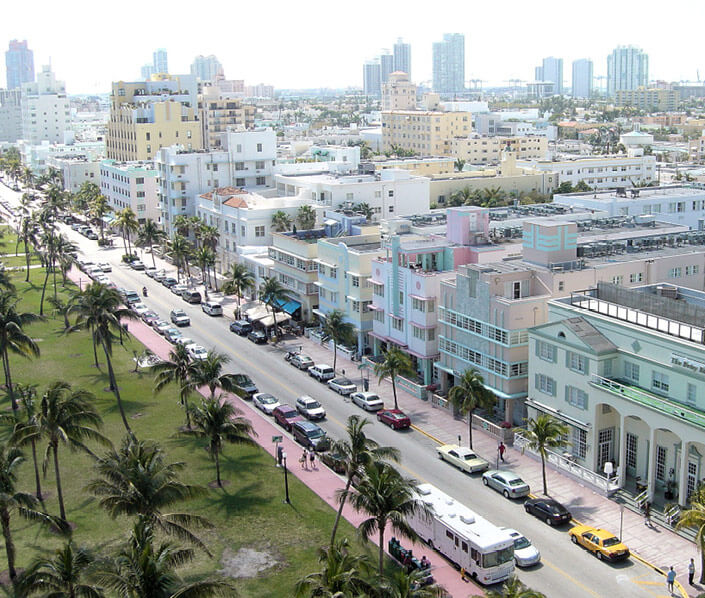 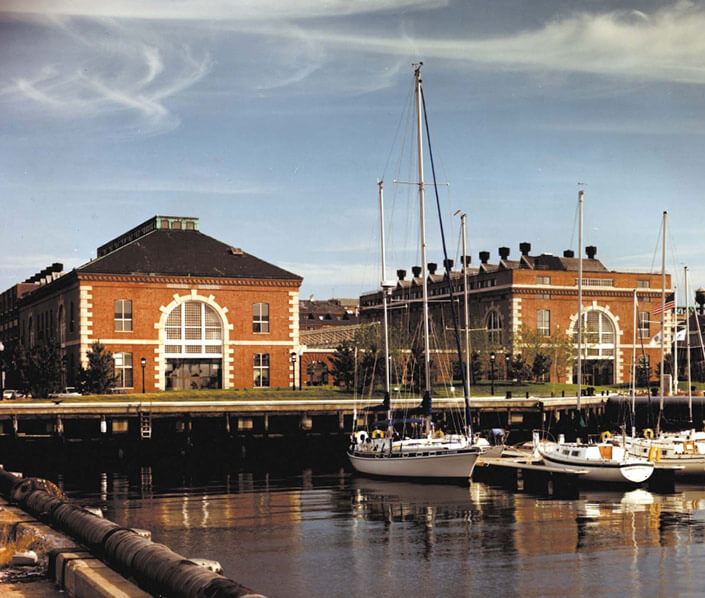 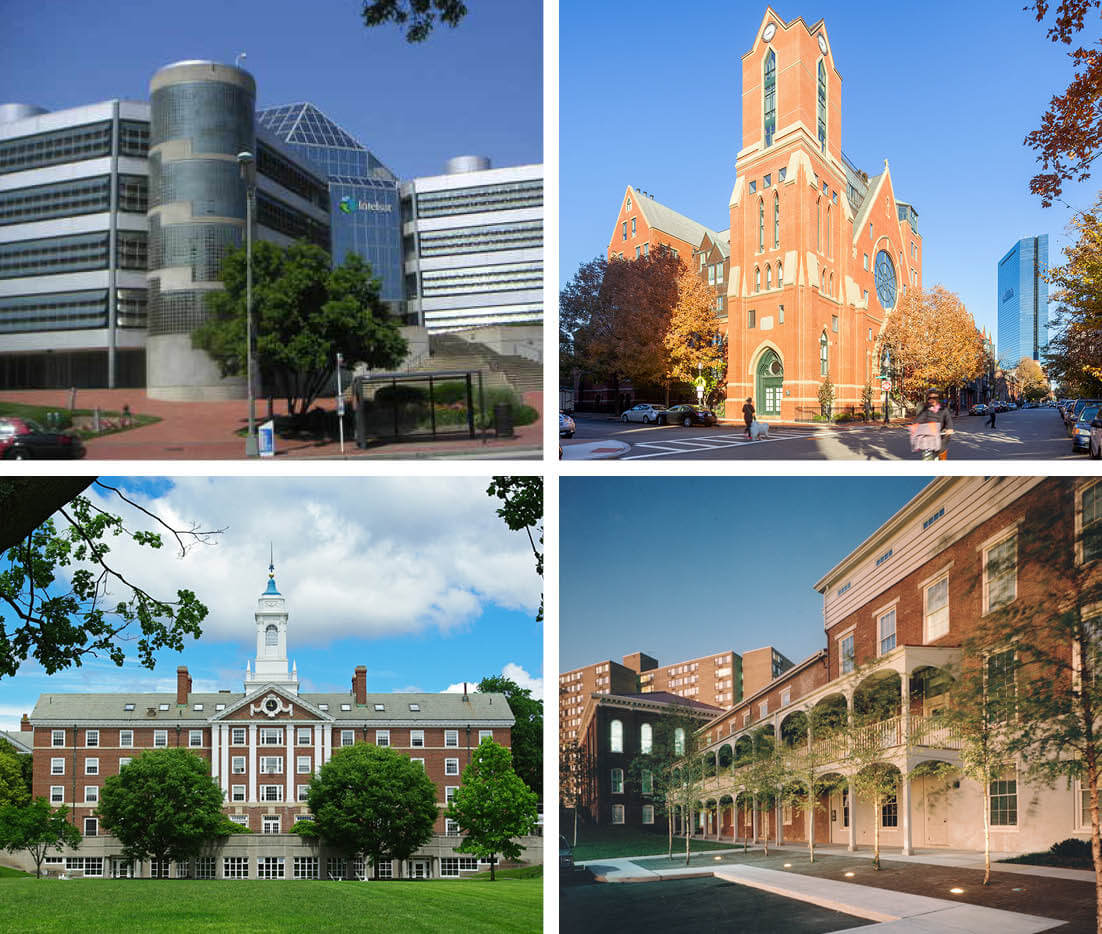 The Berkeley Building wins preservation awards from the MHC, The Boston Preservation Society and the Victorian Society in America. 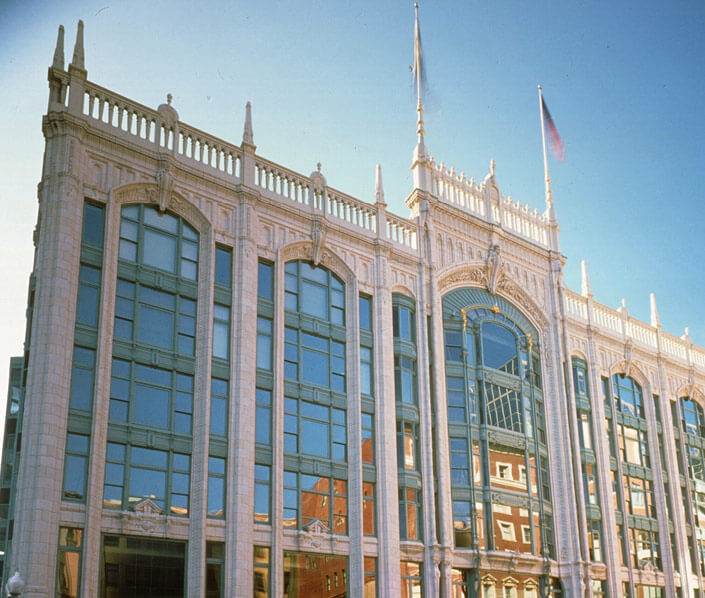 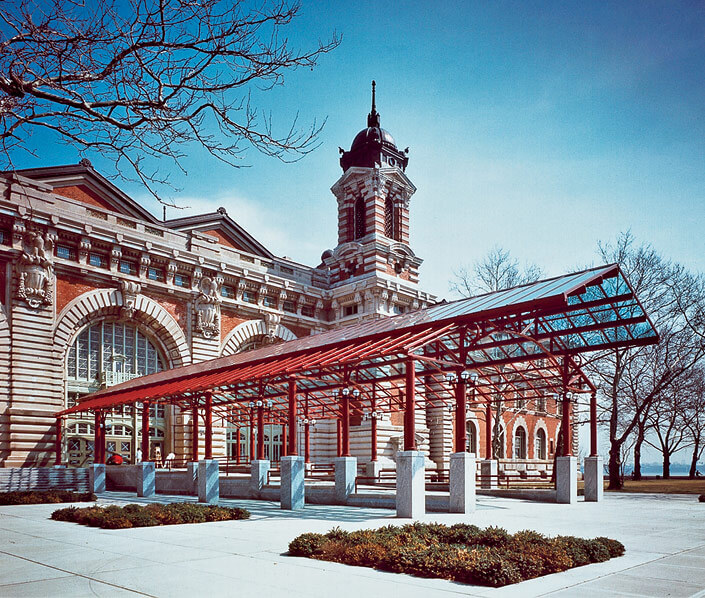 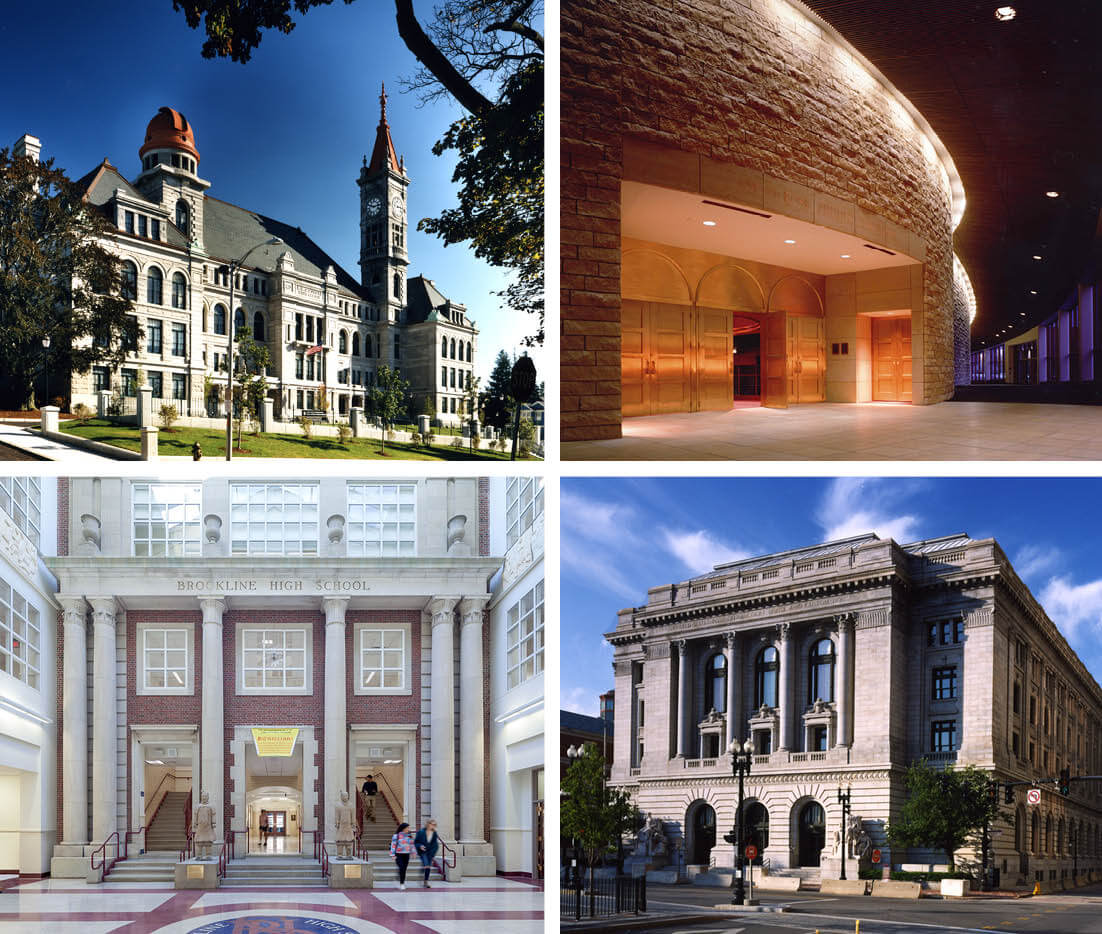 The rejuvenation of the Hatch Memorial Shell on the Esplanade wins a 1992 Preservation Award from the Massachusetts Historical Commission. 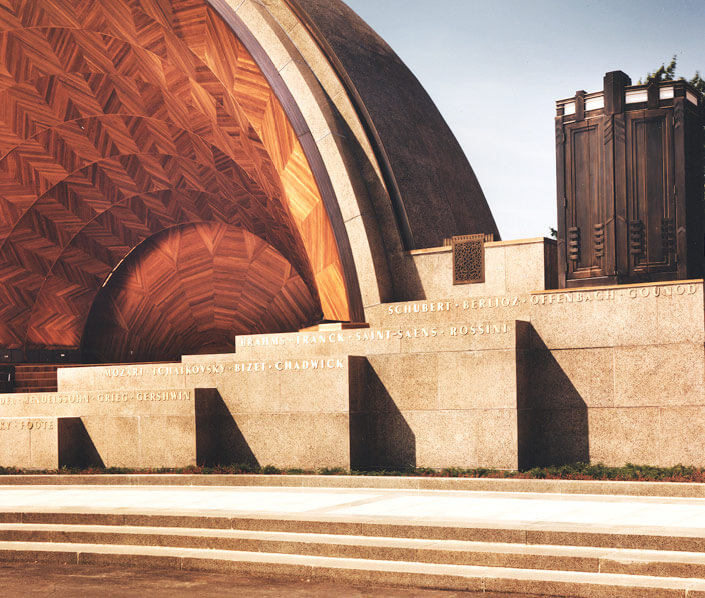 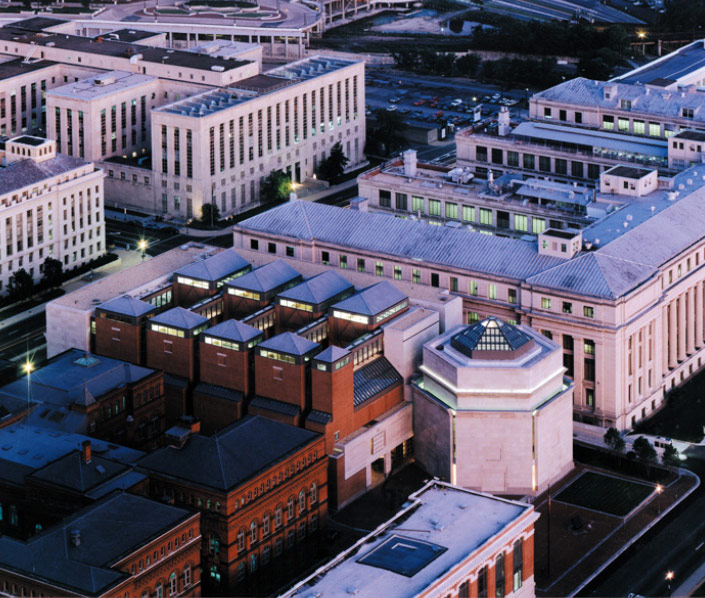 The Wang Center For The Performing Arts in Boston wins both national and local awards for historic preservation. 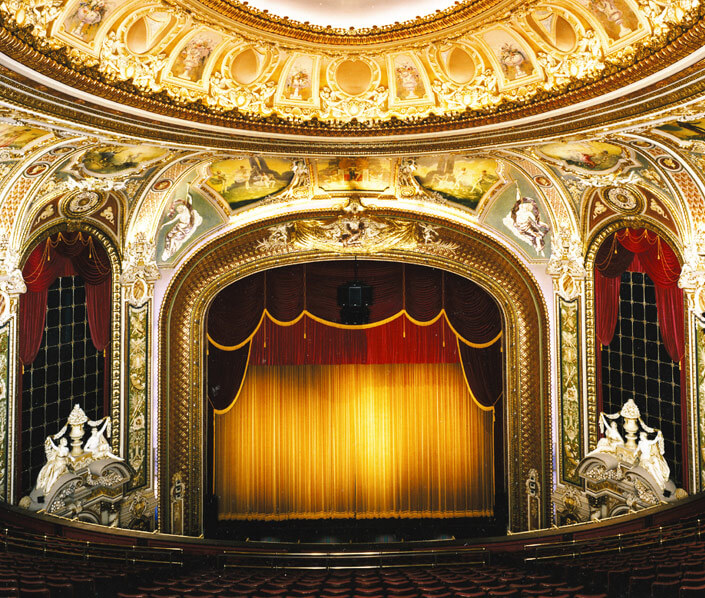 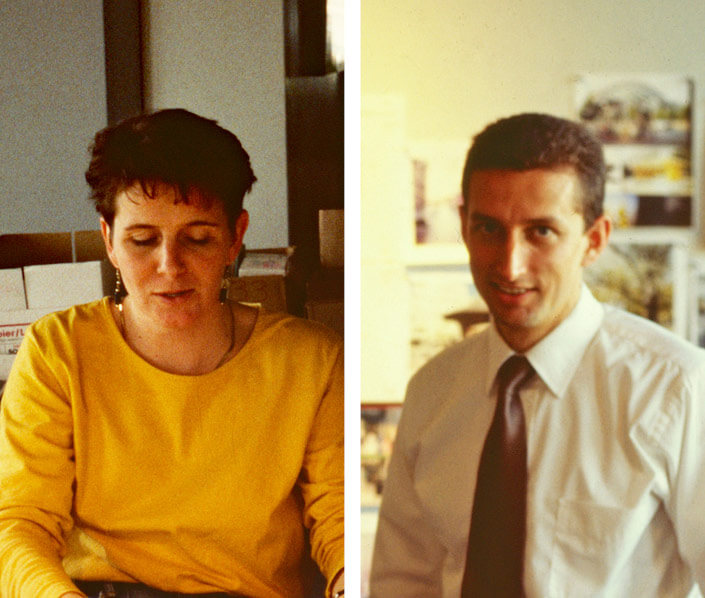 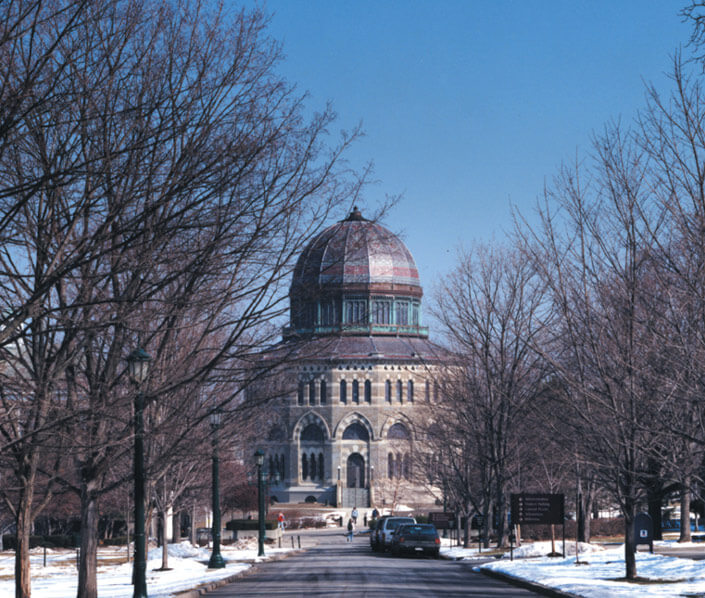 The Agudas Achim Synagogue in San Antonio, TX is awarded the Religious Art and Architecture Award from IFRAA. 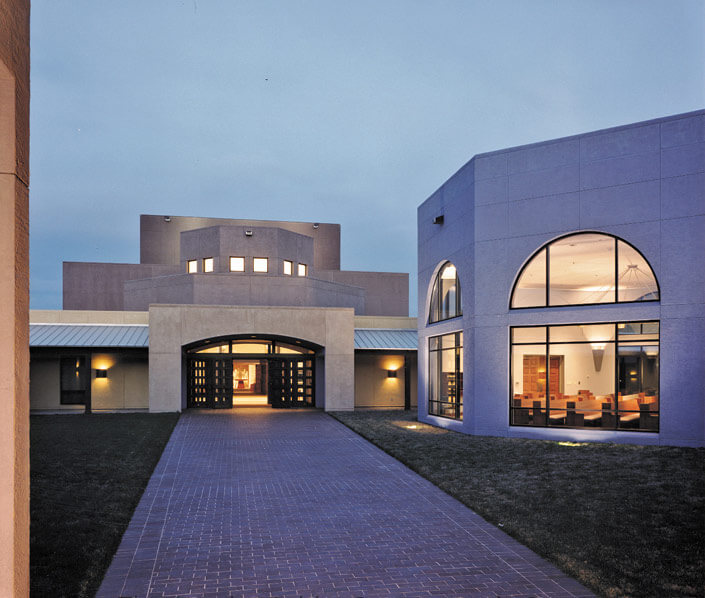 The Union Station Intermodal Transportation Center in Worcester, MA garners awards for preservation and adaptive use. 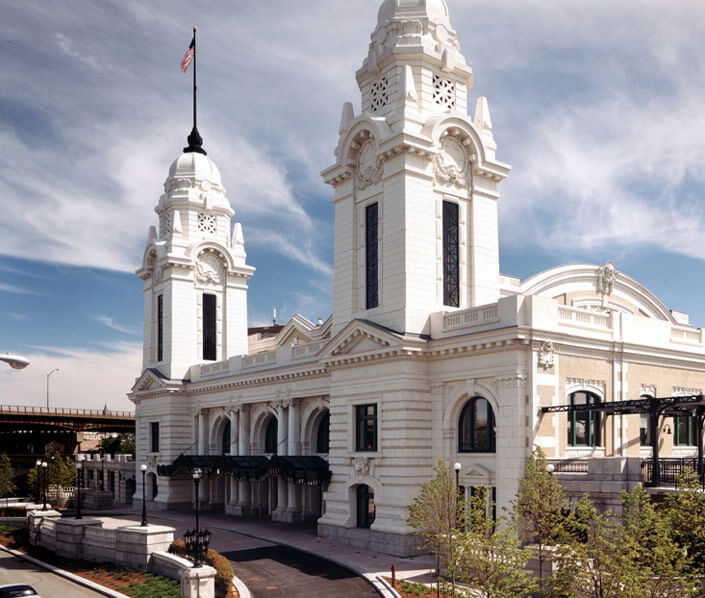 The Jose V. Toledo US Federal Courthouse and Post Office in San Juan, PR wins awards, including Honor Awards from the AIA and GSA. 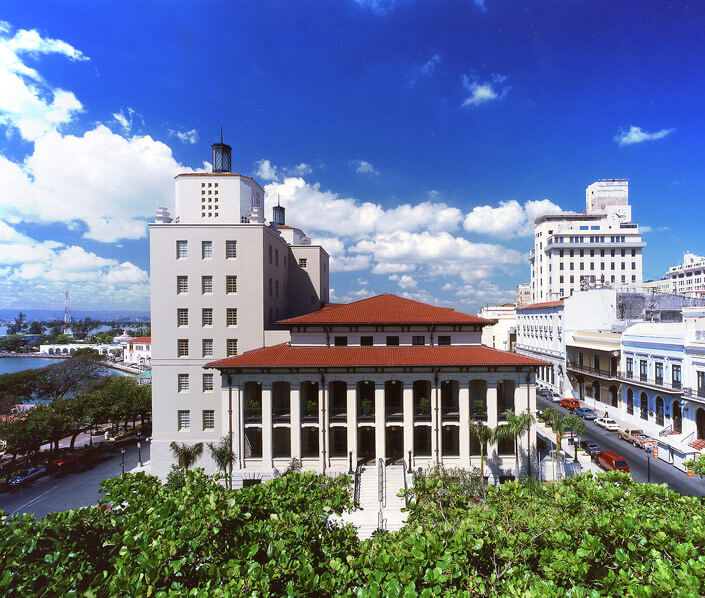 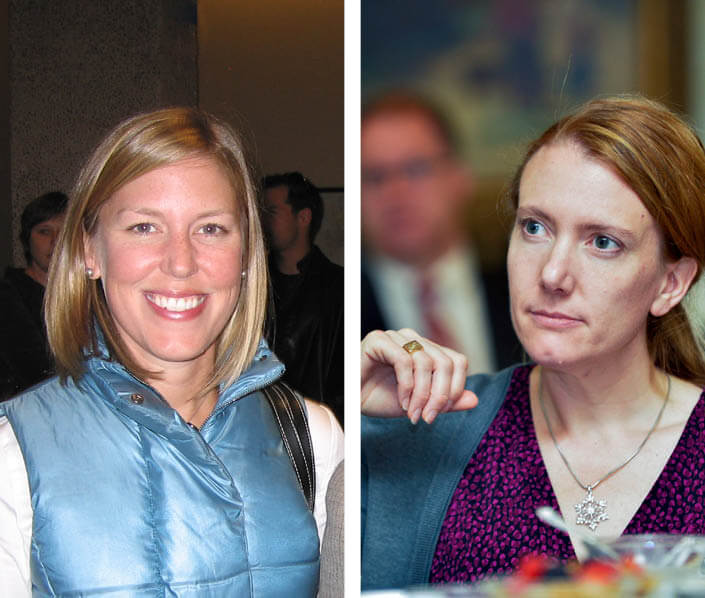 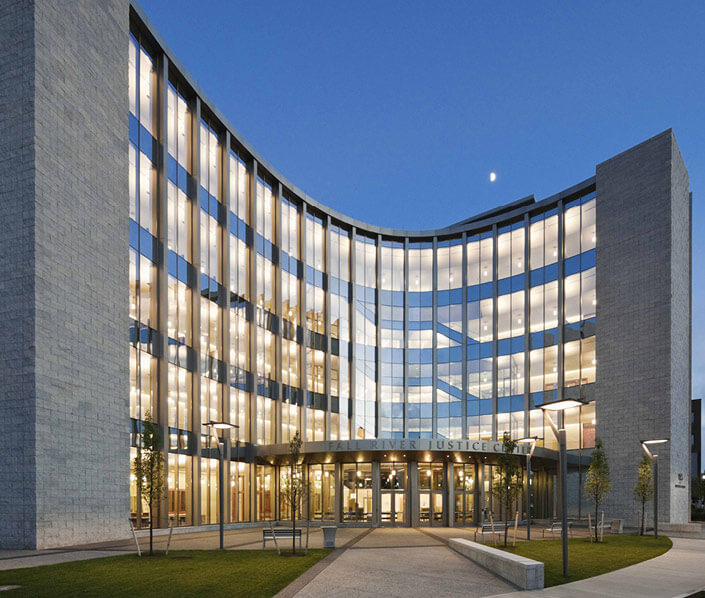 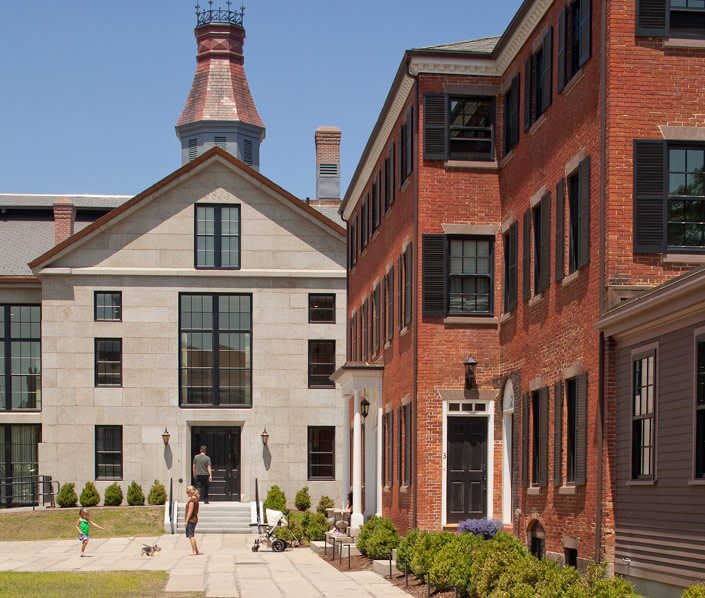 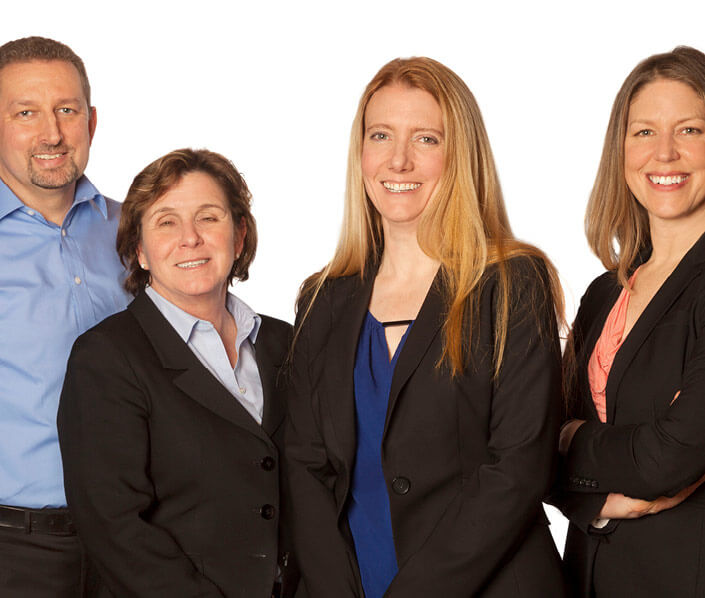 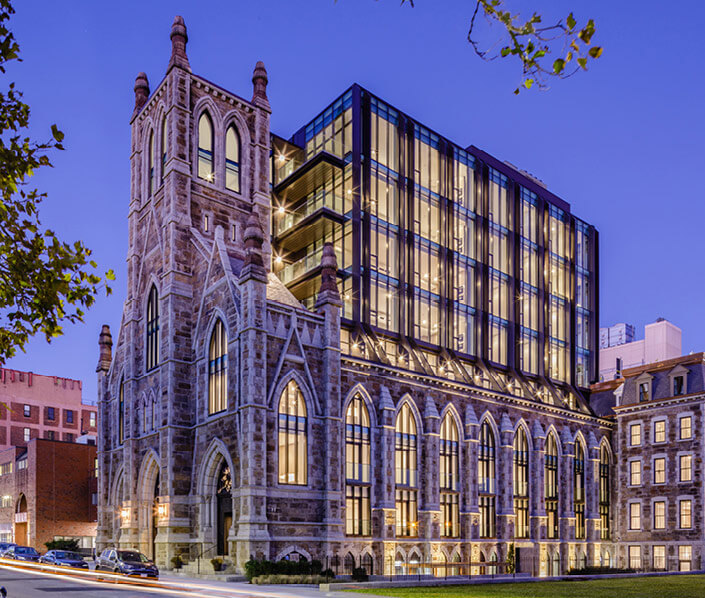 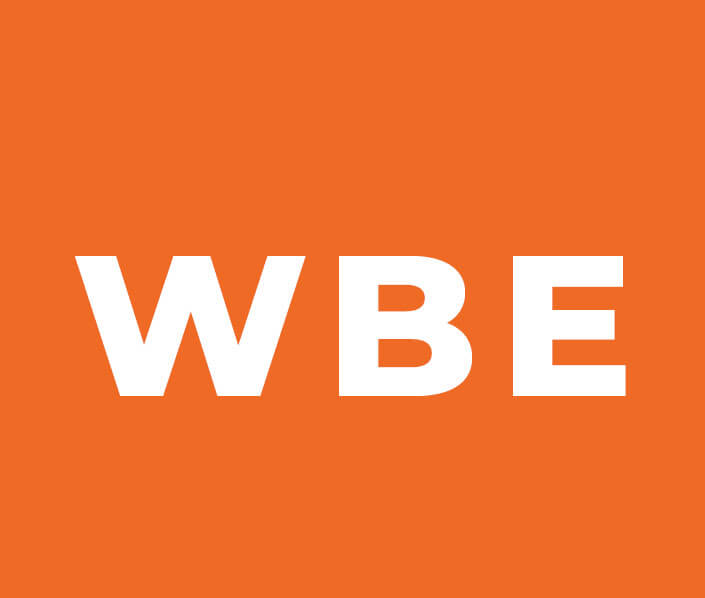 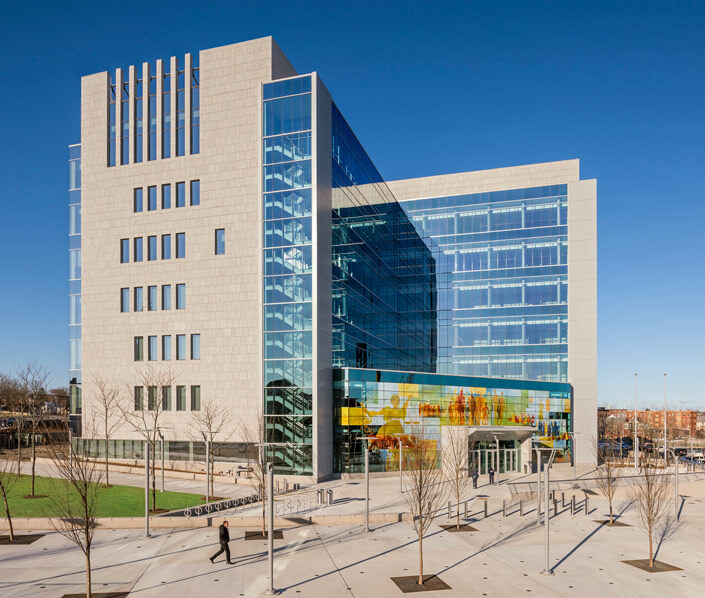